Development, improvement and industrialisation of an innovative dispensing system for carbonated and highly-carbonated drinks, including quantification and decrease of the ecological impact of regional wine distribution

ECOFASS-VIN is a R&D project on the joint development of an innovative and ecologically efficient solution for storage and distribution of local and regional wines. The project, led by a French industrial SME, brings 5 partners together (3 Swiss, 2 French) covering the entire value chain and skills needed for the development and spreading of the solution.

The Swiss vineyard covers 14,820 hectares. The majority of wine-growing area is located in the French-speaking part of Switzerland, where 75% of the cultivated hectares are found. Emblematic, the Chasselas is a very old variety from the Geneva lake area where it was already known as « Fendant » in the 17th century in reference to its bays that crack (« fendent » in French) under pressure of the fingers.

The Chasselas is the most widespread white grape variety in Switzerland (3,838 ha or 25.90% of the vineyard), and is cultivated mainly in the cantons of Vaud, Valais, Geneva and Neuchâtel. Precocious and delicate both in the vineyard and in the winery, the Chasselas gives subtle and elegant wines, which are appreciated as an aperitif as in gastronomy.

The Swiss vineyard is also characterized by a large number of small, often family farms (around 1,000 farms in French-speaking part). These farms face high production costs, and Swiss wines are thus in strong competition with foreign wines. This competition is even stronger in the restaurant sector, which is also subject to a strong economic pressure, particularly related to the negative consequences of the strong Swiss franc. With this in mind, BIBARIUM, located in Geneva, has developed its business based on a new container (the bag-in-box®), playing the role of intermediary between the winemaker and the restaurant industry through the installation of wine taps. The bag-in-box® is a flexible compartment that combines many ecological and economic advantages. But it must also face a technical limitation: to be conditioned, the wine must be of the « quiet » type, ie. with a carbon dioxide content below 1 g/L. This limitation prevents the Swiss Chasselas, which is a weakly carbonated wine, from taking advantage of this container.

CG INDUSTRY, located in the French Jura region, is a company specialized in the thermoplastics and food packaging sector. This company has developed in recent years an innovative packaging system marketed under the brand name « Ecofass » with the outlet for the brewing industry.

The ECOFASS-VIN project aims to develop the « Ecofass » system and to extend its use in oenology, and in particular to Chasselas wine, which represents a unique opportunity to produce a technical, environmental and economic proof of concept.

In addition, by its characteristics, this new container could allow to produce wines with a reduced content of sulphites which also responds to particularly concrete public health stakes (according to a report of ANSES 2011, 3% of French exceeded the daily allowable intake of sulphites, mainly because of wine consumption). Conventional wine production uses sulphites, a food additive that allows for longer wine preservation. Decried in recent years as a molecule that can cause various inconveniences to consumers (headaches, etc. ..), the trend goes in the direction of a reduction in its usage. Making pleasant white wines without sulphites seems possible but will require a precise and rigorous technique from the winery to the consumer. « Ecofass » may well be the element, so far missing, to allow the development and dissemination of this type of wine. This project also proposes, under the supervision of the School of Enology and Viticulture of Changins, to explore this innovative way, promising in terms of commercial argument.

In addition, the Bourgogne-Beaujolais-Savoie-Jura team of the French Institute of Vine and Wine (Institut Français de la Vigne et du Vin, IFV), Industrial Technical Center (CTI) for the French viticultural sector, whose field of competence extends to the entire wine production area, particularly the Savoyard and Jura vineyards, will have the task of facilitating the technology transfer. The IFV Beaujolais unit, based in Villefranche-sur-Saône, is part of the Bourgogne-Beaujolais-Savoie-Jura team (BBSJ). Its members, who are also members of the ECOFASS-VIN project, work for all the vineyards in this production area. The RD&I actions and the technology transfers impact the vineyard of the whole Jura region. Although it is not located in the Jura, the IFV is used to run programs related to this vineyard and has the necessary network to impact the Jura wine sector. On the other hand, the scope of expertise of Sophie Penavayre (member of the consortium) also justifies the presence of the IFV in this project since she is in charge, for the whole IFV at the national level, of the thematic of environmental assessment.

The outlets for such a technical solution are therefore numerous. In the first place, this solution would allow a gain in competitiveness with a decrease of the cost of production and distribution of wines. By sparing the purchase, transport and packaging in glass, winemakers can significantly lower the price of wines. This difference is estimated from 10 to 30% depending on the type of dry matter that is used. In a highly competitive market, where low-cost foreign wines are gaining market share each year, this alternative could be extremely profitable. It would allow winemakers to keep market share, and professionals to increase margins, in a market where Chasselas wines represent a volume of 35 to 40 million liters per year.

This project would also have a positive influence in ecological terms, because a large part of the container is recycled. A societal aspect would also be developed because of the establishment of short circuits, thus promoting local consumption. In addition, it should be noted that, beyond the Chasselas, other products such as beer, cider, and sparkling wines, will benefit from the expertise obtained in the project. 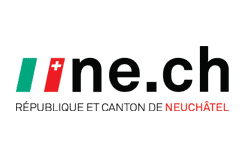