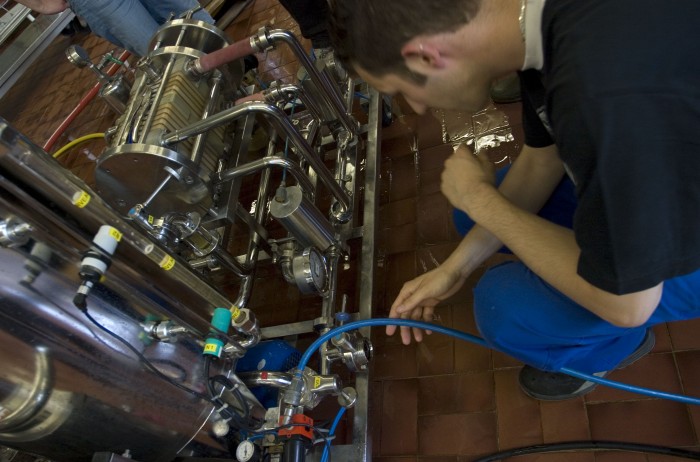 Today, the biotechnological production of recombinant peptides is done predominantly in the bacterium Escherichia coli, as this system has been well described and numerous genetic tools are available. However, its use for the production of biopharmaceuticals and food additives has some major disadvantages. E. coli is a Gram-negative bacterium that produces endotoxins and does not secrete the peptides into the medium, which increases the production costs. The aim of this project is to develop a new expression platform for the biotechnological production of recombinant peptides. This platform is based on a peptide secretion system that naturally occurs in a Gram-positive lactic acid bacterium. In the first stage of this project, the corresponding genetic elements of the bacterium has been identified and characterized, and in the second stage, the genetic and biotechnological tools for the synthesis of recombinant peptides has been developed. The genes that are responsible for the natural secretion of the peptide (a lantibiotic) were identified. The operon includes six genes: a structural gene that codes for the secreted peptide, and genes coding for proteins for modification, secretion and immunity of the production strains towards the produced lantibiotic. In addition, the promoter region with the transcription initiation site and putative terminator sequences could be determined. Furthermore, a strain was constructed lacking the ability to synthesize the lantibiotic. This is an important condition for the subsequent introduction of vectors into the cell for the production of recombinant peptides. First growth experiments in the bioreactor yielded promising results. High cell density within a short period of time could be achieved. Within this project, we have developed and established several new molecular biological methods for further work on Gram-positive bacteria in our lab. One of these methods has already been published in a Promega Enotes article.